Right And Reason
Ethics Based on the Teachings of Aristotle & St. Thomas Aquinas

Right And Reason. Ethics both in theory and practice. Phrased in non-technical language, Right and Reason is a thoroughly competent book in the philosophy of Ethics, which gives the science of morality from the Aristotelian-Thomistic, common-sense school of thought--which is none other than the Perennial Philosophy of the Ages, the philosophy outside of which one's positions quickly become absurd and all reasoning ends up in dead-ends. Impr. 627 pgs, PB
No. 1746.
ISBN: 9780895556684This item is temporarily out of stock.
Price $27.95

Prophecy:
"In the days of peace that are to come after the desolation of revolutions and wars, before the end of the world, the Christians will become so lax in their religion that they will refuse to receive the Sacrament of Confirmation, saying 'it is an unnecessary Sacrament'"
St. Vincent Ferrer - Fourteenth Century

His mother will seldom let any one see him, and yet by magic art, she will manage to gain the love of the people for him. He will be raised at different secret places and will be kept in seclusion until full grown. When he has grown to full manhood he will publicly announce a hostile doctrine on religion. He will lure and attract the people to himself by granting them complete exemption from the observance of all divine and ecclesiastical commandments, by forgiving them their sins and requiring of them only their belief in his divinity. He will spurn and reject baptism and the gospel. He will open his mouth to preach contradiction. He will say, `Jesus of Nazareth is not the son of God, only a deceiver who gave himself out as God; and the Church instituted by him is only superstition'. The true Christ has come in his person. He will say, `I am the Saviour of the world'. Especially will he try to convince the Jews that he is the Messiah sent by God, and the Jews will accept him as such. His doctrine of faith will be taken from the Jewish religion and seemingly will not differ much from the fundamental doctrine of Christianity, for he will teach that there is one God who created the world, who is omniscient and knows the thoughts of man and is just, who rewards the obeyers of his commands and the trespassers he chastises, who raises all from the dead in due time. This God has spoken through Moses and the Prophets, therefore the precepts of the Mosaic laws are to be kept, especially circumcision and keeping the Sabbath, yet by his moral laws he will try to reverse all order on earth. Therefore he is called in Holy Writ the `Lawless One'. He will think that he can change time and laws. He will discard all laws, morals and religious principles, to draw the world to himself. He will grant entire freedom from the commandments of God and the Church and permit everyone to live as his passions dictate. By doing so he hopes to be acknowledged by the people as deliverer from the yoke, and as the cause of prosperity in the world. Religion he will endeavour to make convenient. He will say that you need not fast and embitter your life by renunciation, as the people of former times did when they had no sense of God's goodness. It will suffice to love God. He will let the people feast to their heart's content so that they will pity the unfortunate people of former centuries. He will preach free love and tear asunder family ties. He will scorn everything holy, and he will ridicule all graces of the Church with devilish mockery. He will condemn humility and foster proud and gruesome dogmas. He will tear down that which God has taught in the Old and New Testament and maintain sin and vice are not sin and vice. Briefly he will declare the road to Hell is the way to Heaven.

BEYOND ABORTION A Chronicle of Fetal Experimentation By Suzanne Rini

IS THE FETUS HUMAN? By Eric Pastusek

MAMA! WHY DID YOU KILL US?

PRO-LIFE CHRISTIANS HEROES FOR THE PRE-BORN

Greater Vision - Back From Abortion

The Massacre of Innocence - DVD

Holly's Story: A Journey To Freedom And Hope-DVD

Life: It's A Gift And A Class Project-DVD

Love is a Choice - The Life of St. Gianna Molla

One Day In May - DVD

Amazing Grace For Those Who Suffer
Book on Tape by JEFF CAVINS, MATTHEW PINTO

THE BOOK OF DESTINY By Fr. H.B. Kramer
CATHOLIC PROPHECY THE COMING CHASTISEMENT AND THE LAST DAYS By Yves Dupont
FORTY DREAMS OF ST. JOHN BOSCO By St. John Bosco
HISTORY OF ANTICHRIST By Fr. P. Huchede
LIFE OF ANNE CATHERINE EMMERICH By Rev. C. E. Schmoeger, C.SS.R.
THE PROPHECIES OF ST. MALACHY
PROPHECY FOR TODAY By Edward Connor (compiler)
THE PROPHETS AND OUR TIMES By Fr. R. Gerald Culleton
THE REIGN OF ANTICHRIST By Fr. R. Gerald Culleton
Divine Mercy and Sr. Faustina (Videos and Books)
Padre Pio (Videos)
Medjugorje - The Queen of Peace (DVD Videos, Books and CDs)
Prophecy of The Third Secret of Fatima
The Kingdom of the Bride

BIBLES
Text of The Third Secret of Fatima - Complete Text
Books and Videos on Padre Pio
Videos and Books on Sr. Faustina and Divine Mercy plus Diary of Sr. Faustina
CATHOLIC BIBLES (Family Bibles, Spanish Bibles, Church, School and Study Bible Edidions)
Bishop Fulton Sheen - Audio Tapes, Videos and Books
THE DOUAY-RHEIMS BIBLE - Now in Larger Print!
Why Should You Read Only the Douay-Rheims Catholic Translation of the Bible?

Luke 6: 39. Can the blind lead the blind? Do they not both fall into the ditch?

The Beatification of Padre Pio

The Life of Sister Faustina - The Apostle of Divine Mercy

Sister Faustina - The Promise of Mercy

The Beatification of Sister Faustina - Join the Celebration

A Celebration of Padre Pio - Pray, Hope, and Don't Worry

Padre Pio - At The Gates of Heaven

Padre Pio's San Giovanni - "I Can Refuse No One"

Medjugorje: The Miracles and The Message

Padre Pio's Way of the Cross

The Passion of Christ - DVD - Film of Mel Gibson 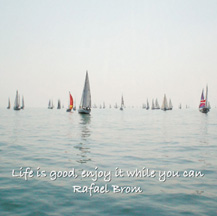 "Life is good, enjoy it while you can"
Rafael Brom
Original Songs and Music